Today. PT. DIC Graphics not only operates as one of the largest printing ink companies in Indonesia but also manages the only pigment manufacturer in Indonesia after acquiring PT. Monokem Surya in December 2012. 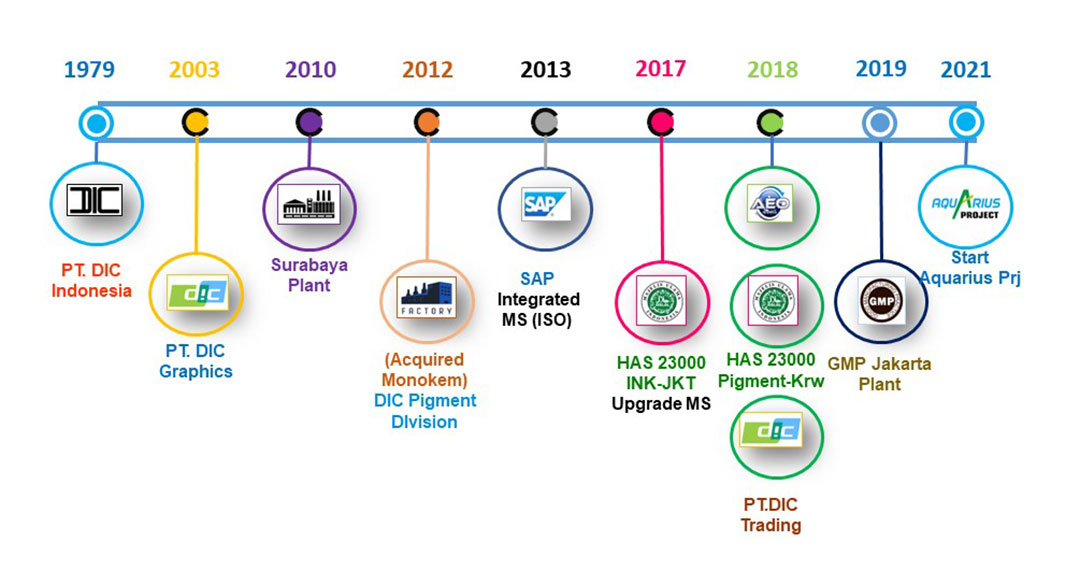 DIC Corporation date of foundation since 1908